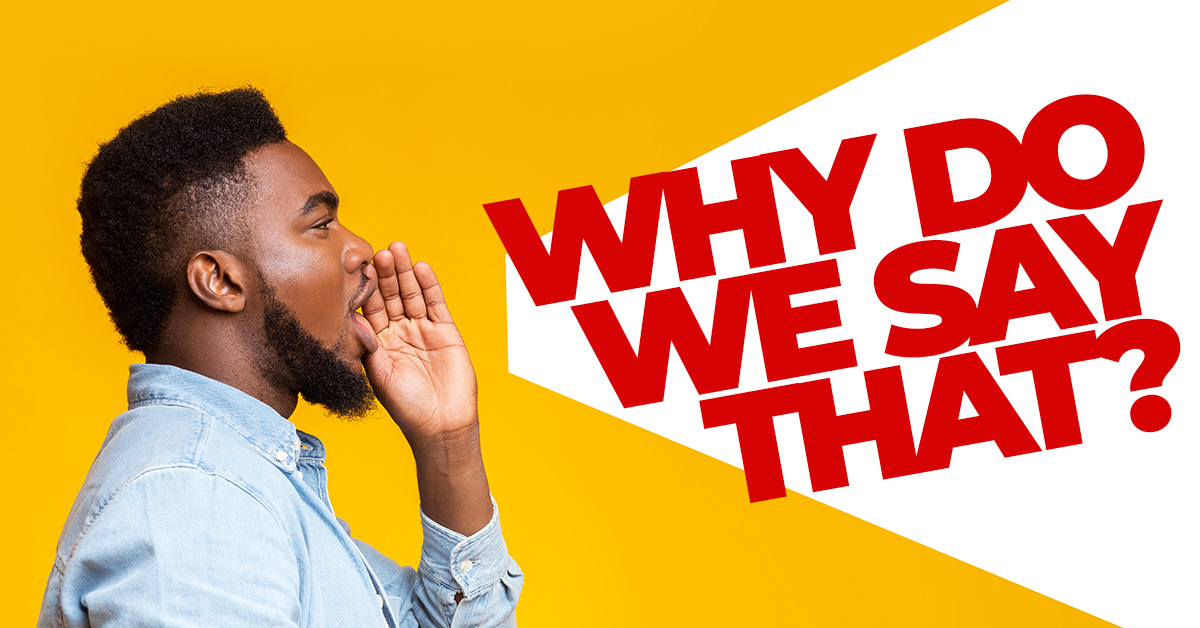 Does the early bird really catch the worm? Do loose lips cause sinking ships? What time, after all, do the cows come home? Here’s a look at some old and odd sayings and expressions that seem to have stuck with us.

Two possible originations exist for this expression. The first is the ancient association of cats and dogs with bad weather. The other comes from 17th century England, where streets in heavy rain would flood so badly, they would often carry animals away in the waters.

Buying a Pig in a Poke

Buying a pig in a poke goes back to when traders would sell animals in bags or “pokes” at the local market. Unscrupulous vendors would sell a “pig in a poke” that would actually turn out to be a cat. The lesson is to fully inspect everything before you purchase it.

Hair of the Dog

It is often said that if one experiences a hangover, the ”hair of the dog that bit you” would help. This meant to have a drink of whatever got you hungover in the first place. The expression comes from an old treatment prescribed when a person was bitten by a suspected rabid dog. It was thought that some hair of the dog placed in the wound would help. It didn’t and it doesn’t.

Dead as a Doornail

Originally used in Dickens’ A Christmas Carol, dead as a doornail means certainly dead. A nail that protrudes through a piece of wood and has its point bent back into the wood is said to be “dead” because it is so difficult to remove.

This goes back to when mattresses were made of natural materials and those going to bed would literally “hit the hay”.

This expression from World War II reminded us that unguarded talk could be heard by our enemies and be used against our armed forces. Innocent talk of how, when and where a family member could be sailing during the war, which then, could result in sinking ships.

Until The Cows Come Home

This refers to a long, indefinite period of time. It is said to originate in the Scottish Highlands, where farmers would allow cows to graze in open fields until they were ready to meander back home on their own in the fall.

By the way, the early bird can get the worm. There are, however, often more than just one worm.

Are you getting the most from your insurance premiums? How would you know if you don’t compare? Contact one of our independent insurance agents for your no-obligation quote today.