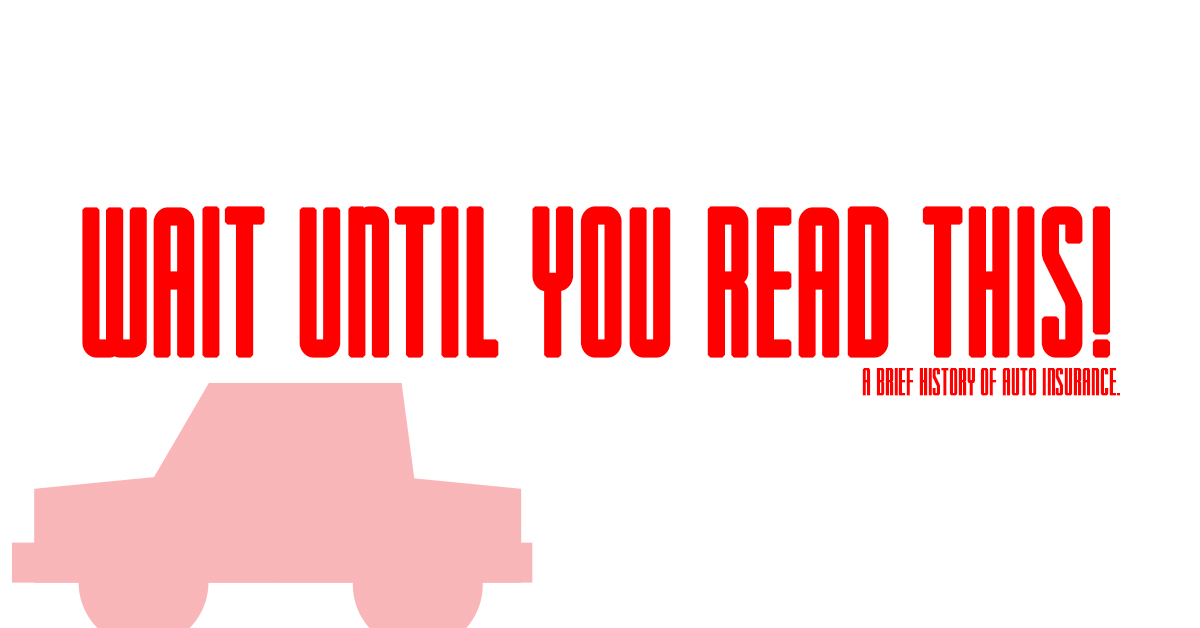 Today, liability car insurance is mandatory in some form or another in all 50 states. It obviously wasn’t always that way. In fact, it took over four decades for auto insurance to become compulsory for the first time. Of course, the history of the automobile and automobile insurance are closely intertwined.

The first automobile liability insurance policy was actually written about 11 years following the birth year of the modern car. It was in 1886 when Germany’s Karl Benz patented the Benz Patent-Motorwagen. In 1897, the first automobile liability policy was issued to Gilbert J. Loomis in Dayton, Ohio. The policy covered Loomis if the vehicle he was driving damaged the property of someone or killed a person. This policy was issued six years after the first documented automobile accident that occurred in Ohio City, Ohio. In that incident, a car hitting a tree root overturned and crashed into a hitching post. The two people aboard sustained minor injuries. Loomis’ policy was also issued just a year after the world’s first automobile-related fatality. That death occurred in 1896 in England, when a woman by the name of Bridgett Driscoll died as the result of injuries sustained after walking in front of a car giving automobile demonstration rides. The car was traveling at 4 mph.

Today, every state has some sort of financial responsibility law. Most require a minimum amount of liability insurance. There are, however, not only significant differences in automobile insurance policies among states but between companies. This is why comparing automobile insurance rates is so important. Our independent insurance agents can do the shopping for you. We have access to multiple companies to find you the coverage you deserve at a price you can afford. Contact us for an insurance review and to see if we may be able to save you money.

Should You Have Family Members Working for You?

Four Paths to Selling a Home

When Working From Home Is Running a Small Businesses

How Do You File a Life Insurance Claim?

Tips for Selling Your Used Car

Adding Appeal and Value to Your Home Through Landscaping & Lawn Care

Decoding the Beatles: Lyrics and Inspiration